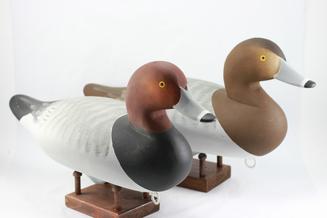 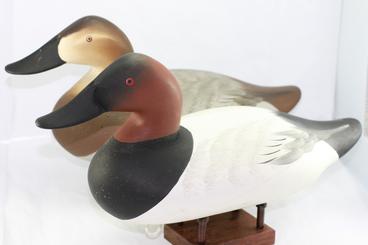 One of the greatest decoy makers from the upper bay!

Charlie Joiner Bluebill decoy pair. Circa 1996 and signed . The hen has some wear on left side and paint nicks. We can send more photos. $700

Charlie Joiner Redhead Decoy Pair. Signed and dated 2003. Very nice pair with some of his best painting. Hen has a couple of drops of paint on side. $800 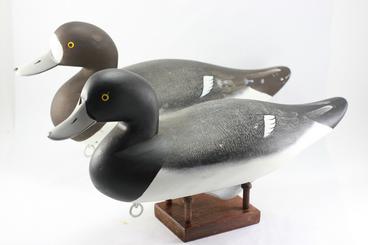